Where did the name lazy susan come from?

When we started making lazy susans, like the one pictured with hand carved words and names, the question of "where did the name lazy susan come from" kept coming up. I wanted to have an answer so I did what anyone would have done and googled the origin of the lazy susan. I went to many sites and gathered tidbits from each to get the full story.

Where did the name lazy susan come from answered here:

The earliest known Lazy Susanlike object still in regular, rotating play, dates from 1780 and was sold at Christie's auction a few years ago. The tray is made of mahogany and – like our version – it is 16 inches in diameter.

It was called a “dumbwaiter.” Today, we think of dumbwaiters as those little manual elevators that ferry food between floors in fancy manor houses. But in the 18th and 19th centuries, the term referred both to the elevators andto rotating trays and tables similar to today’s Lazy Susans.

The first known reference to something called a “Lazy Susan” was in 1917, when in the December issue of Vanity Fair,the now-shuttered department store Ovington’s advertised a 16-inch rotating mahogany tray. Check out the advertisement:“$8.50 forever seems an impossibly low wage for a good servant; and yet here you are; Lazy Susan, the cleverest waitress in the world,” read the copy.

So the “dumb” part of the waiter and the “Lazy” part of the Susan have similar roots. In both cases, the name refers to the tool’s ability to “replace” household staff.

But why Susan? Scholars of recent history seem to have pinpointed whenthe Lazy Susan got its name, they haven’t been able to identify why.That bit of trivia appears to be lost to history. It’s interesting to note, though, that according to baby name data, Susan wasn’t even a terribly popular name in the early 1900s. In the 1950s and 1960s, it was one of the most common girl’s names out there. But in 1917? Barely on the radar.

According to the Smithsonian, Lazy Susans also have a long-standing relationship with Chinese culture and Chinese-American food. Though the modern day version of the Lazy Susan seems to have European and American roots, Chinese literature from as far back as 1313 includes mentions of revolving tables.

Those original tables weren’t food-related at all; they were designed as a way to organize Chinese characters into moveable type for printing. But they worked in a manner similar to today’s Lazy Susan.

Fast-forward six centuries to the middle of the 20thcentury and Lazy Susans became familiar sights in Chinese-American restaurants, where they made sharing dim sum a whole lot easier.

This surge coincided with Lazy Susans’ peak popularity in suburban American homes. And, interestingly enough, with peak popularity of the name Susan itself. During the ‘50s, it was the fourth most popular girl’s name in the U.S. and in the 60’s, it came in third.

Is that a coincidence? Probably. It’s unlikely that American families decided, en masse, to name their daughters after rotating dining trays – especially ones that disparaged the girls’ work ethics.

Since the ‘60s, the name Susan has sunk on the “most popular baby names” lists – in 2018, it was the 1,079th most popular girl’s name in the U.S. – but Lazy Susans themselves remain as useful as ever. Whether you’re serving dim sum, coffee and pastries, a selection of cheeses or a boring weeknight dinner, they make group dining easier…and a lot more fun.

Read on for why the lazy susan is making a comeback. 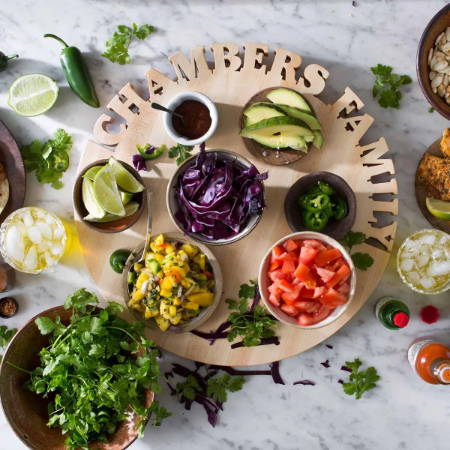 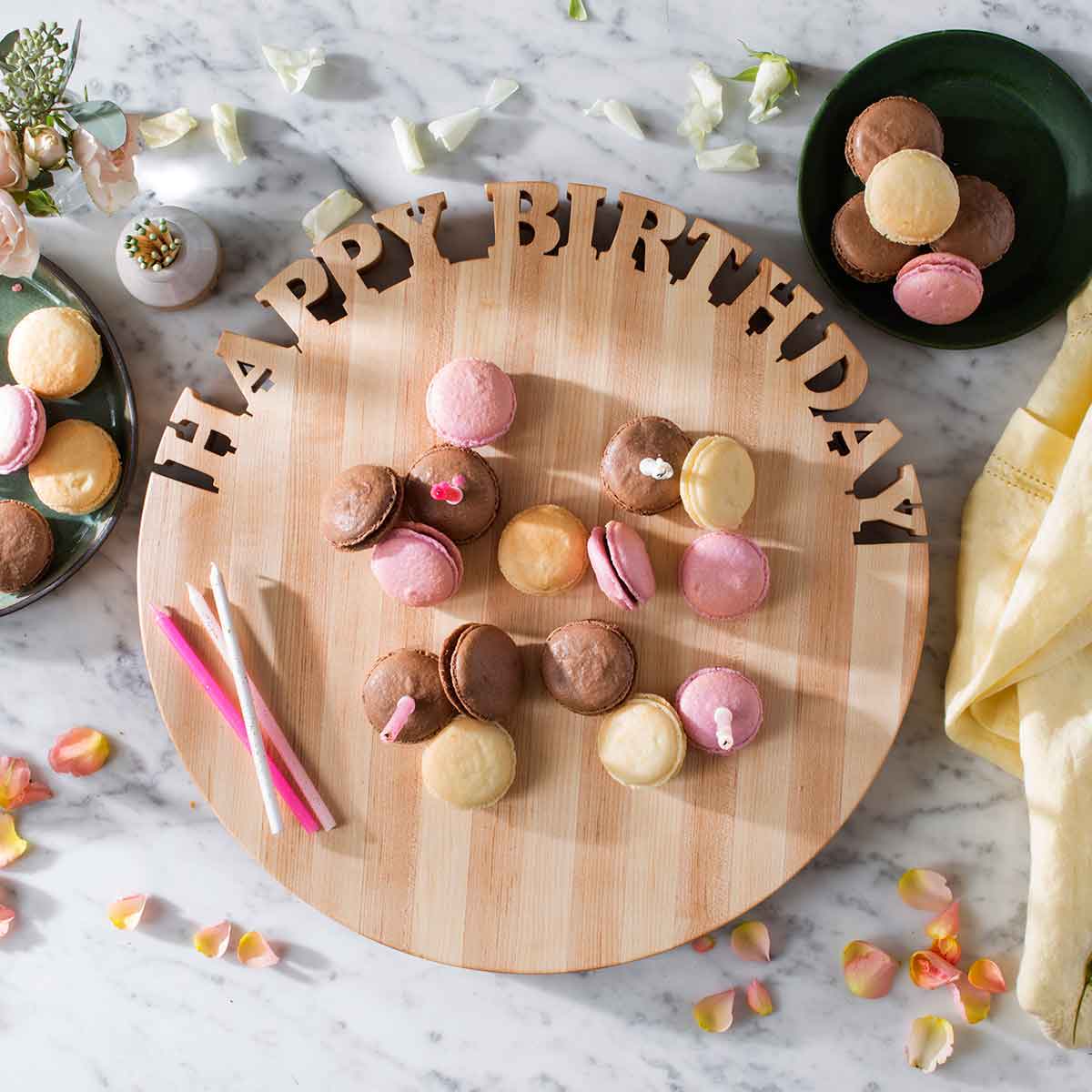 Lazy Susans are making a comeback!

For years, I’ve thought a rotating tray aka lazy susan are not only cool, but also useful. If there’s a better way to share family-style food with people, I can’t imagine what it is.

A DIY meal is not quite the same without the spinning feature of a lazy susan. Just pile the ingredients in small bowls and let everyone make their own tacos, fajitas, salad, you get the idea.

The more you use a lazy susan the more you will love it. This iconic kitchen tool will also impress your guests.

Our spin on the lazy susan includes personalized hand-cut names, nick names, last names, whatever you can think up! We offer 3 wood types - maple, cherry and walnut and 2 sizes - 16" and 18". Our lazy susans are made in the USA with materials sourced from the USA.

I hope we have answered your questions: Where did this idea come from? Who is Susan? Why does she get such a bad rap? Is she really Lazy Susan?